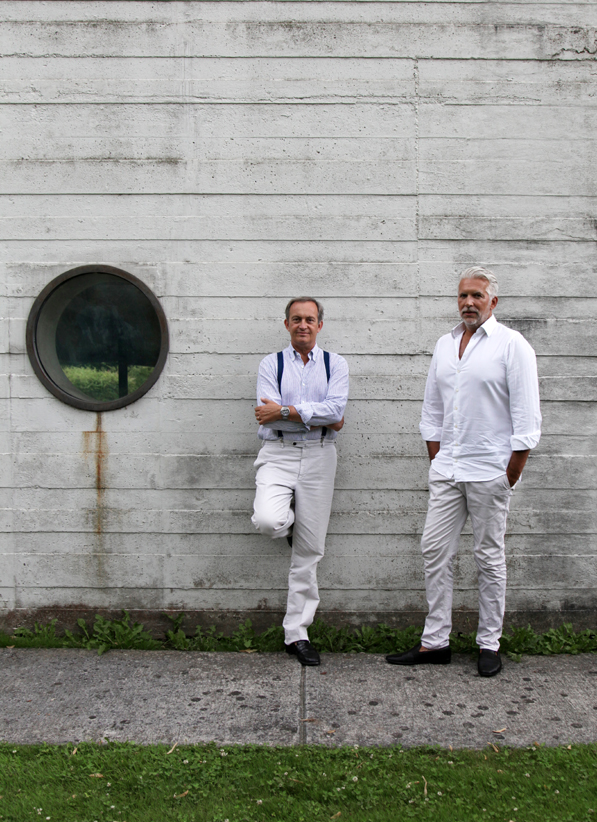 There’s a place just outside Venice which has the shape of a hangar, but it isn’t a hangar. Inside is a design studio for yachts, enormous objects measuring anything from 50 metres upwards. Here, everything is conceived and studied then tested, down to the last detail, against the rigours of every type of sea. “The great nautical design studios are English,” says Carlo Nuvolari who, in partnership with Dan Lenard, heads the design studio, “and yet, we have managed to be their equals.”

It all started with sailing boats and Nuvolari’s passionate love of the sea, transmitted to him by his father who was a naval engineer. Though he has ended up designing motor yachts too, sailing yachts remain his true love. “But boats are the cornerstone of our family, any and all types of boats, even these huge boats that we design here. When you’re on board a boat, everyone does the same thing at the same time. Even when you have lots of room, the space is restricted, and that obliges you to share experiences, to be part of the same moment together.”

“We create a hundred pieces a year, even though our native sea, the Adriatic, is far away from the glamour of the French Riviera or the Mediterranean. But on the other hand, the Adriatic has several advantages: it has a lot of islands and the navigation is easy. And then it also has something that no other sea has: Venice and culture. And an international airport.”

“It’s true that to make it truly attractive, it should have a real port where yachts can berth. If that were to be built – and it’s not an impossibility – it would generate a lot of money. The second edition of the Venice Salone Nautico [Boat Show] had to be cancelled this year because of the pandemic, but the first edition was extremely promising. The boating world hasn’t stopped, however. “We’ve got a lot of projects in the pipeline,” says Nuvolari, “If we were to line up all the boats we’re working on right now, they would stretch further than one kilometre.”

Each boat, usually engine-powered but sometimes – more rarely – sail- powered, has an interior of 1,500 square metres to furnish. “And we’re not talking about any old furnishings. A boat has first and foremost to be seaworthy. The nearest thing to designing a large yacht is designing a plane. Or a skyscraper.”

That’s why, when Nuvolari wanted to start using metallic coating on the hulls of his yachts, he requested a consultation with Boeing engineers. “Style-wise, Italians are unrivalled. The engineering might be German or Dutch, but in Italy our style is unique.”