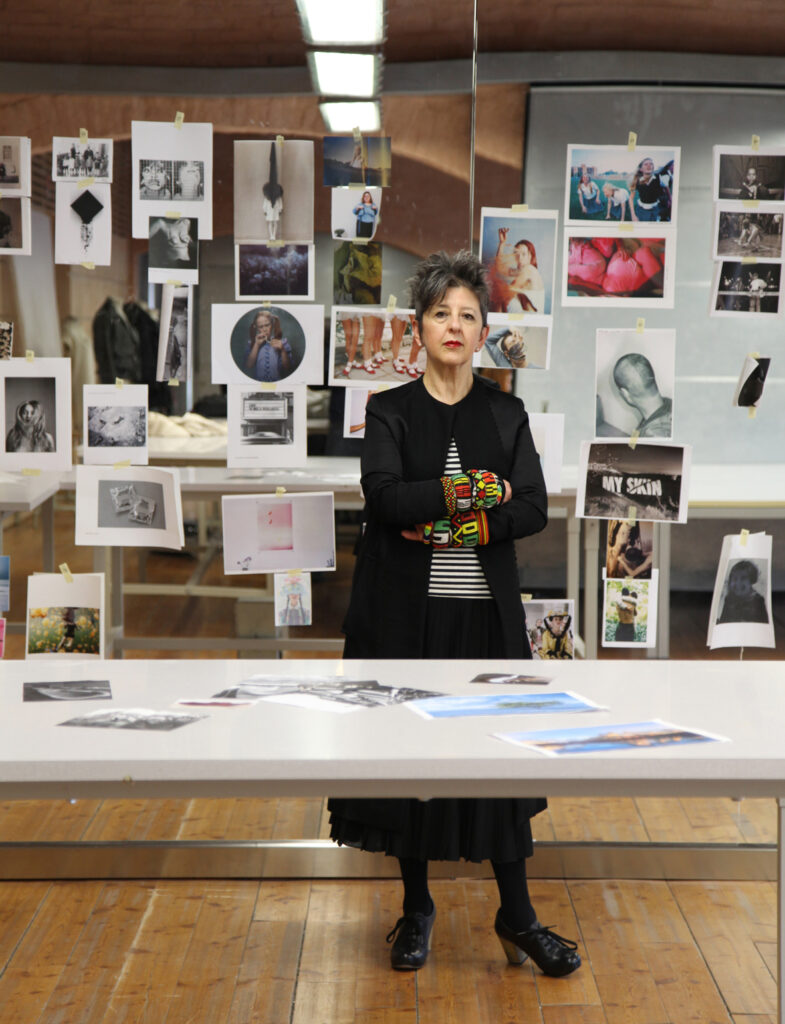 Intuition and complexity: navigating the continually evolving cultural system that is fashion.

Critic and curator, Director of the Degree Course in Fashion Design and Multimedia Arts at the IUAV University of Venice.

It’s been some years since you returned to Venice after many years living elsewhere. What was it like moving back here? Did you notice new synergies?

I came back here about eight years ago. Venice is very much changed, but then, so is Florence, the other city in which I’ve lived for many years. Both places have been profoundly transformed by global tourism, which demands infinite numbers of shops, bars and restaurants. If by synergies you mean foundations like Prada or Pinault, there’s no doubt that they have enriched the life of the city.

While Venice has its own very particular slowed-down temporal dimension, the world of the fashion-system is frenetic. How do you manage to conciliate these two worlds?

The space I’ve cut out for myself in the fashion world doesn’t oblige me to be always on the scene. I believe that you can observe fashion much better at one remove. That doesn’t mean that you don’t follow the shows or that you don’t keep in touch with the system. Here in Venice the working group that we’ve created at the IUAV University is truly special. We have daily contact and debate, and we cultivate our own, alternative approach.

The fashion system is very complex, structurally diverse, and in continual transformation. What aspects of it interest you the most?

I’m fascinated by the continual transformations in contemporary fashion brought about by such factors as the economy, communications and heritage. Fashion is no longer about what you see on the catwalk or the collections sold in shops, it’s about meaning and the visions inspired by it.

Where do you stand in today’s debate between one type of fashion that is democratic, accessible and maybe not always sustainable, and the other kind which is the world of luxury?

Authentic fashion is not democratic nor is it accessible.

Fashion has always been inspired by muses who have left their mark on our collective consciousness. What figures have inspired you and why? Who will be the muses of the future?

I don’t like this definition of muse. Let’s just say that there have been female figures – and male ones – who were an influence because of their personality (the kinds of people celebrated by Diana Vreeland’s American Vogue), and these people continue to influence creatives and the general public. Nowadays, for a number of reasons, these eccentric personalities – these living artworks as the Marchesa Casati liked to define herself – no longer exist. In an age in which fashion has become dominant, tastes have levelled out. Inspirational personalities are and will continue to be those that express a way of thinking, a commitment, an active stance.

If you had to curate a show now, along the lines of your previous “Bellissima”, how would you go about recounting high fashion in Italy from 2000 to 2020”?

That’s a difficult one. I’m easily bored, especially by the things I’ve done myself. You’re forgetting that after “Bellissima”, I did “Italiana”. Now I’m concentrating on other things. Maybe I’d do something inspired by the game strategies of footballers.