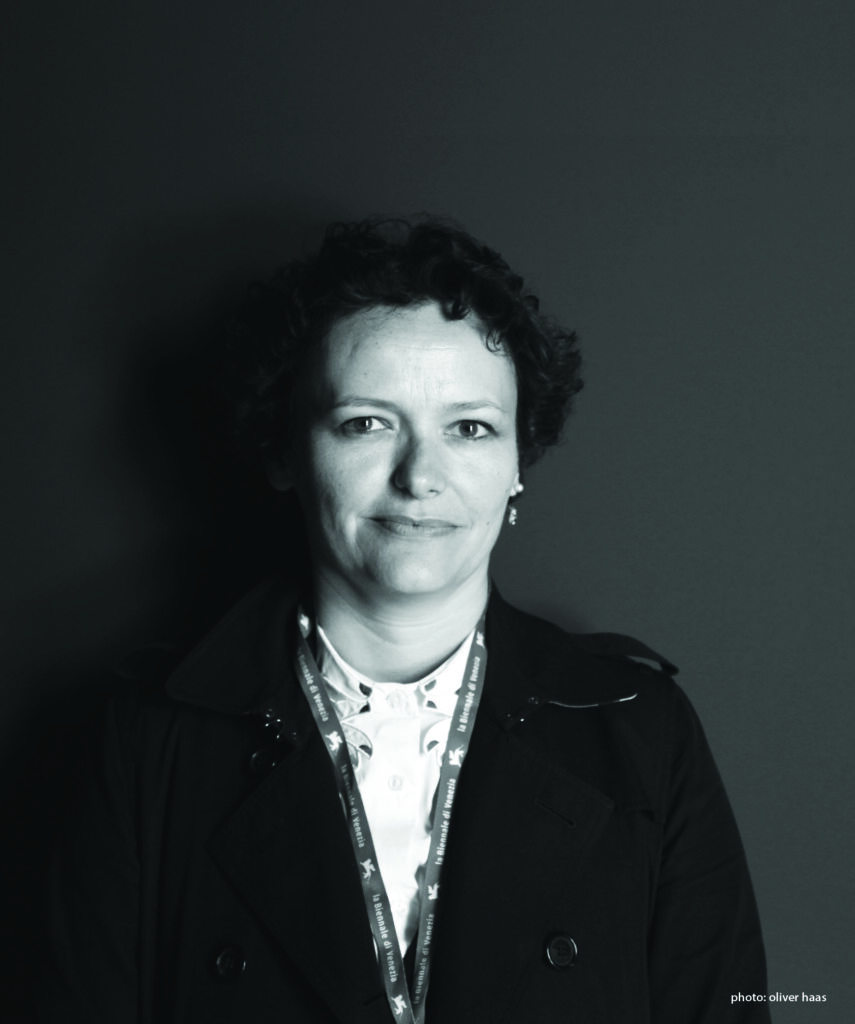 Surrealism and the Art Biennale,

Cecilia Alemani, Chief Curator of High Line Art in New York and the first Italian female Director of the Venice Art Biennale, on next year’s show

What can we expect from this Biennale? How many artists will be included and how are you organizing it?

We can’t yet say, we’re working on it. It’ll be as international as possible, involving more than a hundred artists. I’m not focusing on any particular generation: some will be young, some up and coming, others established. It won’t necessarily be a snapshot of the global art world, rather a thematic show with three threads running through it: the representation of bodies and their metamorphosis, the relations between man and technology; the connections between bodies and the earth. Visitors will be able to carve their own path through what will be a very large show and interpret it individually.

The Milk of Dreams is a book by the writer and surrealist artist Leonora Carrington. What made you adopt this title for the next Biennale?

I’ve always been really interested in her work, her writings as well as her paintings and sculptures. Carrington is above all a great writer. In Italy her short stories and two profound and moving novels, The Acoustic Trumpet and Down Below are published by Adelphi. The Milk of Dreams is a bit less well known and is a collection of drawings and sketches applied directly onto the walls of her home in the 1950s, when she was living in Mexico City. She began drawing these strange hybrid, monstrous creatures to amuse her children, then a few years later she included them in a little album which she called The Milk of Dreams.

I had already been thinking about the idea of metamorphosis as one of the possible themes for the show, and Leonora Carrington’s drawings and stories helped me create a more visual context for my curatorial approach. Another important thing was my many conversations over this past year with artists – both male and female. Gradually, three themes began to emerge in response to three questions: “How do we define life?”, “How do we define what is human?” and “What are the confines between our bodies and other species?” I think these are the preoccupations at the heart of so much contemporary art and this is the line of questioning I want to pursue in the show.

Art and artists also have a role in imagining the world’s destiny, by sharing their reflections on the uncertainty we’ve all learned to live with. How does art nourish ideas in your opinion?

It’s my belief that when great transformations are underway, whether social, physical or civic, we look towards artists as people who are somehow able to reformulate – maybe in a less academic or didactic way – the upheavals and traumas of our society and then process them in ways that are imaginative and a bit playful. For me art is like a magnifying glass that helps us read the world differently, sometimes in a manner that’s surprising and unsettling. I think it always does this, but it’s especially in moments like the present, when great changes are afoot, that we can look to art and artists for direction. It’s kind of what the Venice Art Biennale did in the 20th century: there were these huge traumas of the two world wars and the Biennale provided a platform for tendencies and ways of seeing that resulted from those crises but that also opened doors onto the future.

You’re the first Italian woman to be appointed Director of the Biennale, still quite a novelty here whereas in the United States it’s a different matter…

American society may be meritocratic, but it doesn’t forget that there are all kinds of minorities and many different categories of people. The time comes when these categories have to have representation, so a woman or a person of colour gets to play a major role, like being Director of a museum. But even in the States, the press picked up for example on the fact that a First Nation woman, Patricia Marroquin Norby, was appointed curator at the Metropolitan Museum. That sends a strong message to the public, reaching well beyond mere professional circles and representing the diversity of our society. For me it was an honour to be given this task, I’m really happy about it and I hope it’s seen also as symbolic. The 2022 edition will be the fifty-ninth, and the fourth curated by a woman because the first time, in 2005, was a two-woman appointment: Maria de Corral and Rosa Martinez together; then in 2011 it was the turn of Bice Curiger, and in 2017 Christine Macel. So we could say the Biennale has been directed by men for 110 years ….

When did you realize that you wanted to be an art curator?

I think it was when I was still at high school, and then later when I was studying Philosophy which, as they say, is a subject that unlocks many doors. People usually choose Philosophy because they don’t know what to do after school. I chose it because I loved it. I’d had a brilliant teacher and I didn’t actually have a clear idea about what profession to enter, some overriding passion that would lead to me studying law or medicine for instance. But I realized while I was at university that I everything I’d studied up until then, and continued to study, could be applied to a field that was more aesthetic, nearer contemporary art, and that a clearly defined career path did exist, as a museum professional. I decided to try to work in an art gallery and from there I began to learn on the job.

Then you decided to attend Bard College in the USA, quite a specific choice.

Yes, and after Bard College I stayed on here in the States because there were so many more opportunities. I worked freelance for many years, not a very American thing to do. To begin with, I didn’t even try to get work in a museum because I would have had to work as a curatorial assistant or intern. You progress quickly in your career here, but you have to do it in the right order. Instead, by working independently, I did a lot of different things and I wrote a lot. Then I worked with Francesco Bonami who has always been very helpful and generous with me professionally. He was working on some big shows in Italy at the time like Human Game at Pitti in Florence and Italics at Palazzo Grassi. I joined as his assistant and learned so much from him. Then gradually I built up my own portfolio of shows and work. I began working at the High Line in 2011; it’s still my main job and I love it. It has also allowed me to carry on with this “free spirit” professional life. I just don’t see myself doing a show every five years and being deskbound. I enjoy engaging with a public that has no idea for instance that there’s art on the High Line, who come for other reasons and only make the discovery later. I also like the idea of the interaction between space and the city, the idea that a special place for art exists, but it’s not necessarily a white wall to hang things on.

What kind of relationship do you have with artists? How do you go about getting things that interest you?

My starting point is always the artwork itself. Only subsequently do I get to know the artist. When I’m thinking about the High Line, I know what works, so although I love painting, with the High Line which is an outdoor space, we’re obviously dealing with sculptural works 90% of the time. The Biennale will be the reverse: I’ll have a roof over my head at last and I’ll be so happy not to have to think about hurricanes, storms, and winds. I began by carefully researching each geographic area, to be sure to cover everything, and then I started working on my theme, my vision for the show. Normally I work with art and artists I like, but with the Biennale, I’ll have to leave personal tastes to one side. It’ll be a show that tries to absorb what’s happening around us, whether or not I like the work.

How many people are working with you on the Biennale project?

There’s my colleague Marta Papini the artistic director, then Manuela Hansen who helps me with the catalogue and then obviously there’s the whole Biennale team. It’s a very small team of curators, as always. It’ll be hard but we’ll manage.

Will you be working in Venice?

No. I come to Venice often, but if it becomes possible to travel, I’ll try to visit all those parts of the world I haven’t managed to get to yet. I know Venice and I’m familiar with the spaces there. I’m hoping to make a couple of trips to China or South Africa.